From the gallery’s press release:

Miami, Florida (November 2018) – GGA Gallery inside The Wynwood Walls will present their first-ever Solo Show “Ethereal” by world-renowned Portuguese artist Vhils. Vhils, whose real name is Alexandre Farto, is known for his unique visual language based on the removal of the surface layers of walls and other media with non-conventional tools and techniques. Ethereal will be showing through February 2019.

“Ethereal is a very special show that closes a 10-year cycle that saw me work in various cities around the globe in a bid to reflect on the accelerated pace of change and increased cultural homogenization that characterizes our contemporary urban societies and their impact on the present human condition,” said Vhils on his upcoming solo show.

The show brings together a unique selection of works in a broad range of media. Its unifying thread lies in the delicate, symbolic essence contained within the materials which are brought to light through a subtractive process of release. Some of the pieces featured in the GGA Gallery are directly inspired by Miami.

“It is with great pleasure that I’m bringing this exhibition to GGA Gallery in Miami, located inside the iconic Wynwood Walls, where I have presented and created work on a number of occasions”, said Vhils. “GGA is a unique arts platform that has contributed immensely towards raising the global urban art movement to another level and I’m honored to be a part of their creative endeavors.”

Vhils rose to fame when one of his carved portraits was revealed alongside a piece by Banksy at the 2008 Cans Festival in London. His popularity has skyrocketed since then and his signature style has evolved. His work has transformed buildings across the globe, from L.A. to New York, Moscow to Hong Kong. 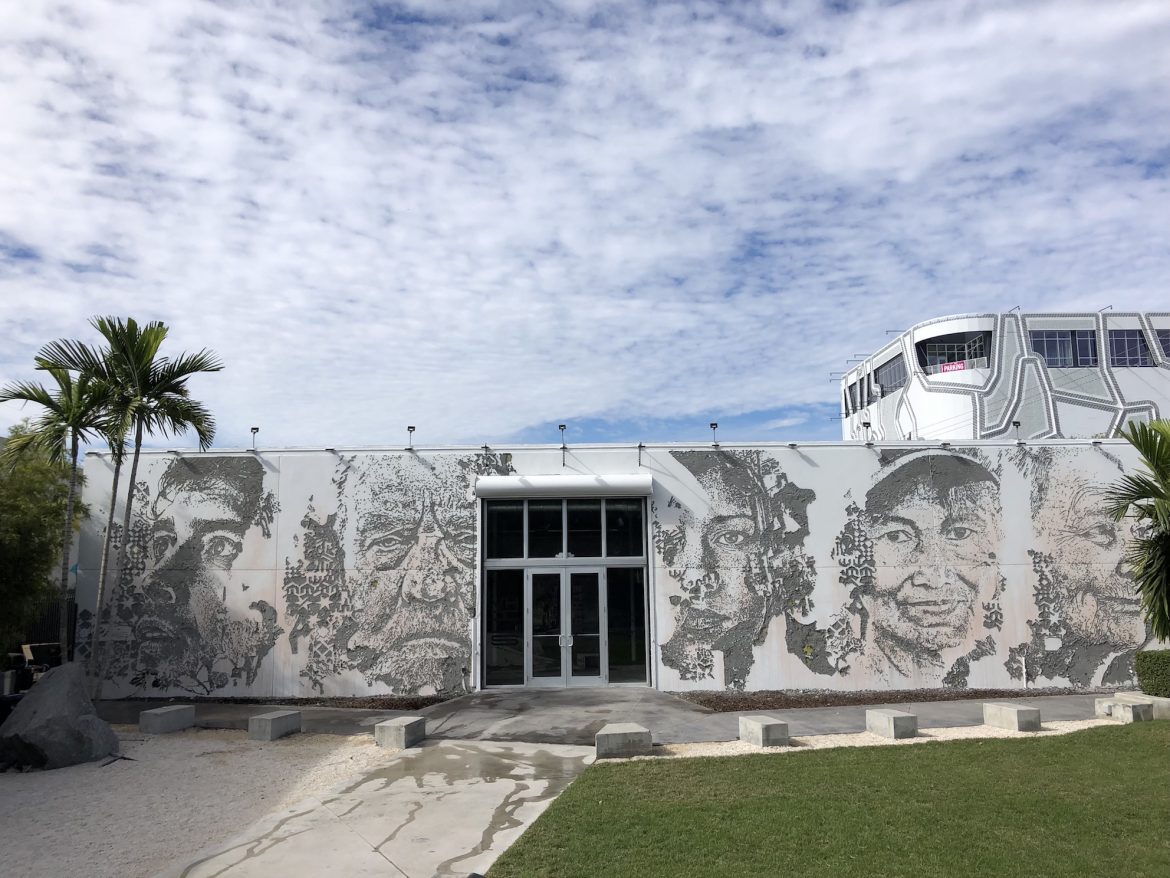